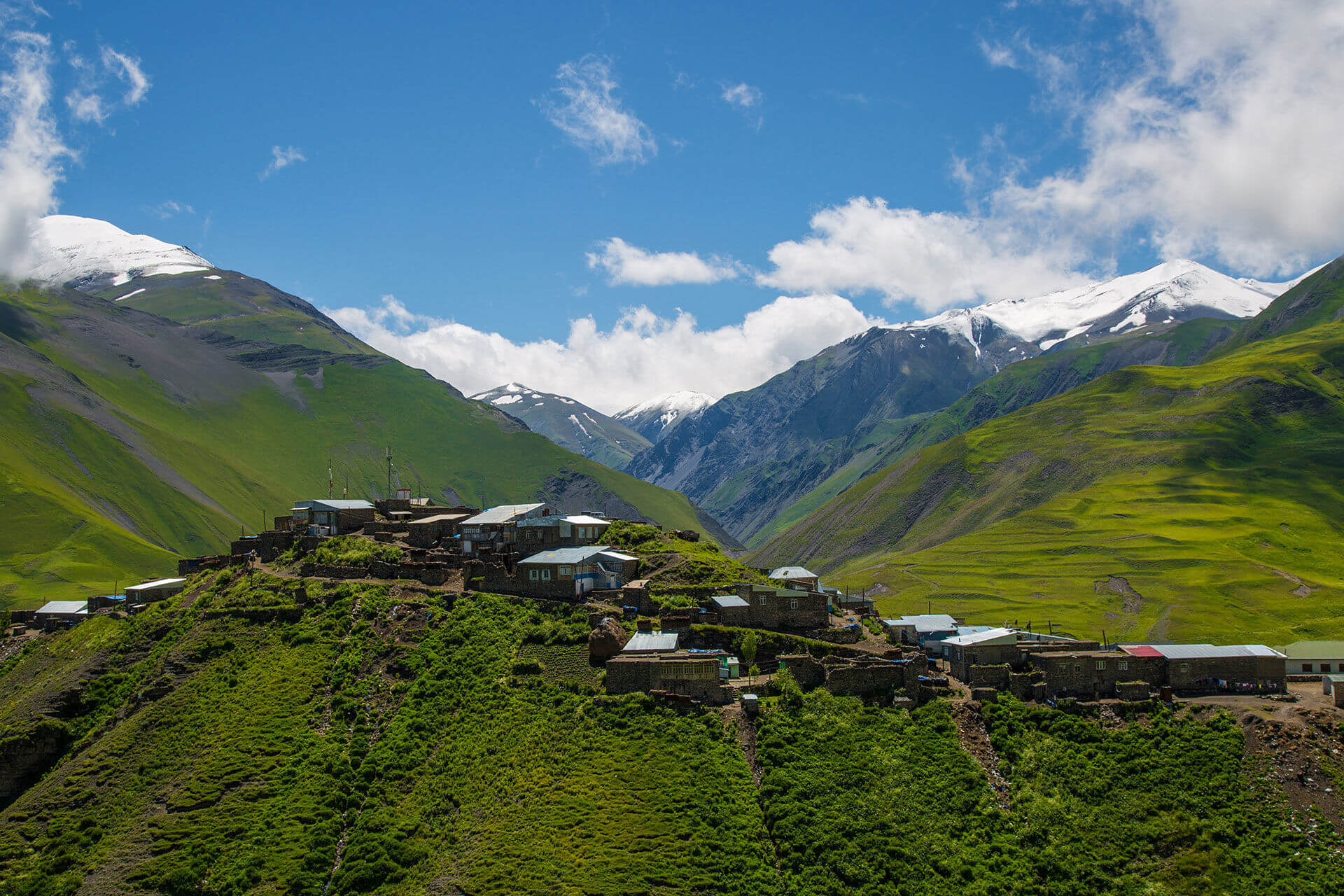 Top destinations in Azerbaijan can be divided into two parts, Baku and the regions of Azerbaijan. You can read about top destinations in Baku in our blog article thing to do in Baku. We will write about destinations in Azerbaijan in this blog. The first city we want to talk about is Guba, located in the north of Azerbaijan. If you are heading north, we can advise you to visit the village of Red Settlement (Caucasian Jerusalem), Khinalug village, located in Guba. Khinalig village is among the oldest continuously inhabited places in the world, located at an altitude of 2335 meters above sea level with a history spanning over 5,000 years so you will visit Europe’s Highest village Khinalig. Shahdag skiing resort, one of the most popular skiing centers in Azerbaijan, is located in the Guba region, where you can enjoy skiing in winter.
You can continue your Azerbaijan tour by visiting the city of Shamakhi, which dates back to the 5th century BC. We would advise you to visit the famous Diri Baba Mausoleum in Shamakhi and the first mosque of all Caucasus and Azerbaijan, built-in 741 - Shamakhi Juma Mosque, the Seven Domes. In the 9th -16th centuries, it was the capital of the Shirvanshaks Empire, and in the mid-18th century, it was used to be the centre of Shamakhi Khanate. Shamakhi city will make your visit to Azerbaijan unforgettable by welcoming you with its beautiful nature, fresh air and hospitable people. Shamakhi Astrophysical Observatory is also one of the places you can visit in Pirgulu village of the region.
Leaving one of the top destinations in Azerbaijan Shamakhi and go to the Ismayilli region, which is located in the heart of the forests and will amaze you with its nature, forests, springs and lakes. Mountain lakes, vineyards, wineries and mysterious landscapes in this area will give you an unforgettable day. By visiting the Nikitin collective farm in the Ismayilli region, you can see the Soviet-era socialist collective farm in Azerbaijan and get acquainted with the ethnic groups living here. Located in Upper Caucasus, Lahij was built in the 5th century BC, and in 1980 was announced as the Historical-Cultural Reserve of Azerbaijan. You will see the view of the majestic natural canyon and Zernava suspension bridge. Tat - the dialect of Old Persian - remains to this day the primary language in the village. Lahij is considered as the craft centre of the Great Silk Road up to now.
Gabala: Qabala or Gabala was the most ancient capital city of Caucasian Albania. Archaeological evidence indicates that the city functioned as the capital of Caucasian Albania as early as the 4th century BC. The Ruins of the ancient town are situated 15 km from the regional centre, allocated on the territory between Garachay and Jourluchay rivers. Gabala was located in the middle of the 2,500-year-old Silk Road and was mentioned by Pliny the Younger as “Kabalaka”, Greek geographer Ptolemy as “Kabala”, Arabic historian Ahmad ibn Yahya al-Baladhuri as “Khazar”. Nohur Lake -The Lake is surrounded by a forest, you can walk around the lake. Here you can relax, even sailboat on the lake. One of the scenic highlights of Gabala is the Seven Beautiful Waterfall. The name means ‘seven beauties’ due to the seven stages of the falls. The waterfall, situated in the woodlands west of Vandam, is climbed by thousands of people each year - the lower levels being accessible by stairways. The top provincial holiday Center in Azerbaijan, Gabala is considered a popular tourist destination due to the combination of a very good spring climate, mountainous landscape, and diverse fauna.
The area of ​​the recreational-tourism Tufandag has located about 4 km from Gabala region. Tufandag is now an excellent destination for active holidaymakers and those seeking peace and quiet in winter as well as summer. Tufandag offers you the longest cableway trip of the world - skiing in winter, training of skiing, different kind of entertainments. Memorable summer views of the Alpine scenery behind Gabala jump aboard the Tufandag network of four cable cars.
Shaki or Sheki: According to the Azerbaijani historians, the name of the town goes back to the ethnonym of the Sakas, who reached the territory of modern-day Azerbaijan in the 7th century BC and populated it for several centuries. It goes back to a time, when it was a market centre on the Silk Road, linking Dagestan, Russia to the northern trade routes through the Caucasus. You can see many public places and private houses in Sheki are decorated with shebeke, a wooden lattice of pieces of coloured glass, held together without glue or a single nail. The Palace of Sheki Khans which was a summer residence of Sheki Khans still remains one of the most visible landmarks of Sheki and constructed in 1762 without a single nail. Sheki city with the Khan's Palace was added to UNESCO's World Heritage List in July 2019. If you visit the city of Sheki, we would recommend you to taste the famous Sheki halva (sweet) and Sheki piti (dish). You can visit our Azerbaijan Tour Packages page for booking tours to top destinations in Azerbaijan. 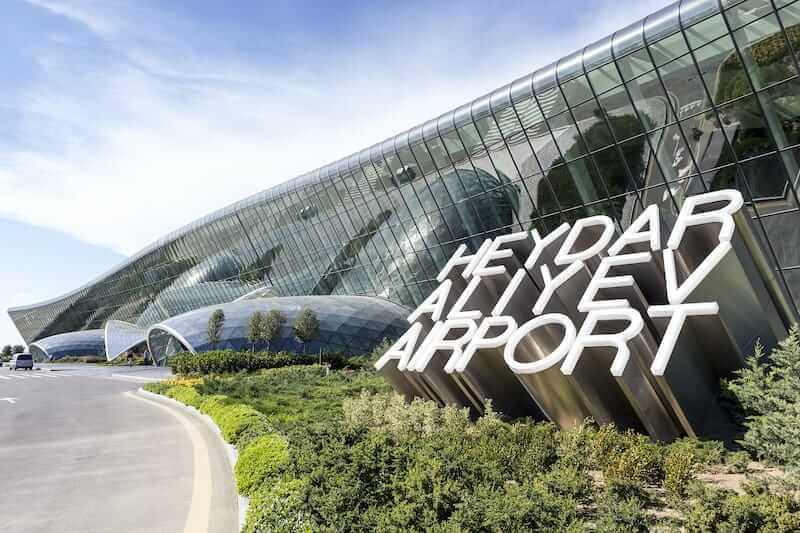